People who can have Impostor Syndrome = Every smart and successful person.

(Welcome to the final post in our series on preparing to pivot, by the way. Catch up on the previous one here.)

Now we’ve got that straight, ever hear of the Gordian Knot?

It’s a legend about Alexander the Great.

As the story goes, there was this knot.

But it wasn’t just any knot. It was a knot chock-full of other knots, so intricately tied and so multi-layered that it was impossible to tell where it ended and where it began.

No one who attempted to undo the knot succeeded. And a lot of people tried, because an oracle said that any man who could unravel it would be destined to become… drum roll please… ruler of all Asia.

The knot was like a honey badger – it just didn’t care.

Alexander was not to be denied, though. He channeled his inner Tim Ferriss, drew his sword, and chopped the Gordian Knot in half.

Boom. Unraveled. And the rest, as they say, is history.

Now, did this really happen?

Who knows? But it’s a really cool story.

And it shows us how looking at things from a different angle can turn a crazy, complicated, intractable problem into a simple and solvable one… in an instant.

Impostor syndrome is the bugaboo of the ambitious and driven. Tons of people identify as having it. Many of them have tried to unravel that knot for decades, and failed.

Perhaps you’re one of them.

So you have to find another way, because this is eating your life. At some point you’re going to die, and I’m guessing you would like to achieve something prior to that occurrence.

To make that happen, you’ll need a way to chop that knot right through the middle so you can get on with your life.

Here’s what to do.

Stop trying to stop impostor syndrome…and stop what it DOES.

Impostor syndrome is a feeling. A sensation. A nagging set of thoughts that seems to defy pinning down and resolving. It’s a slippery little sucker that resists attempts to dissolve it through logic and reason.

(“Remind yourself of all your successes!” Yeah that works. For like, an entire minute. Sometimes two.)

While the thoughts and feelings associated with impostor syndrome can vary, it always has a predictable, identical result:

It stops you from doing a specific thing.

So, yes. You have impostor syndrome. You can say it out loud if you’d like.

But to get past it, we need to quit thinking about impostor syndrome itself (which clearly isn’t working) and instead think about… what it’s preventing you from doing.

The answer to that? That’s how you chop the Gordian Knot.

There are four parts.

2. Then you add your impostor syndrome thought. Like, “I think… I’m not experienced enough.”

3. Then you add the second clause “…and that stops me from…”

4. Then you add the thing you’re not doing because you have impostor syndrome.

(If you don’t know what to put in that last part, it’s usually the very next thing you’d do if you didn’t have impostor syndrome.)

So it turns into:

“I think I’m not experienced enough, and that stops me from applying for well-paying gigs.”

Let’s look at some examples.

Let’s say you’re a podcaster with impostor syndrome, and it’s stopping you from reaching out to famous people for interviews.

Maybe you feel like you’re not a “real” journalist, like you don’t have the chops or the reputation, like someone’s going to look at you and say “Who do you think YOU are?”.

“I think I’m not a real journalist, and that stops me from sending emails to famous people asking them for an interview.”

There’s a fix for that: Email them anyway.

You can email Malcolm Gladwell today and request an interview even if YOU feel like you don’t have the chops.

Know how you email other people who aren’t famous all the time? Awesome! Do that, only with Malcolm Gladwell. Way to go!

Let’s say you’re an artist with impostor syndrome and it’s stopping you from working on more big, innovative pieces to add to your collection.

Maybe you feel like your art isn’t as cool as some of the [older / established / younger / hipper] artists in your sphere.

Or the last 3 pieces you made must look like macaroni art to anyone with a discerning eye.

Or your degree from your local university isn’t that impressive.

“I think I’m not pedigreed enough, and that stops me from tackling the big project I’m envisioning.”

There’s a fix for that: Start the project.

You can paint apocalyptic alien landscapes EVEN WHEN you feel like your art degree is lame compared to Fancy Pants Institute of Art and Design. That doesn’t stand in the way of the paint going on the canvas.

Know how you routinely put paint on little canvas-on-wood-frame thingies?

Do the same thing, but with BIG canvas-on-wood-frame thingies.

You look at all the other writers with their awesome plots and their sparkling characters and their deep themes. You’re not nearly that good, so you don’t do your thing. You don’t make any plots, or any characters, or any themes.

“I think I’m not good enough and that stops me from attempting an outline.”

There’s a fix for that: Write an outline.

You know those other writers you admire? The ones you’re supposedly not as good as?

You know how their only advice is “just write”? And you know how you’ve heard it so many times that you kinda hate yourself for still reading these stupid interviews after all these years?

Then you’ll be just as awesome as you (secretly) know you are. And newbies will ask you for advice. And you’ll tell them to “just write”. It’s the freaking circle of life around here.

But you can eliminate its effects.

Todd Hermann, author of The Alter-Ego Effect, calls the unhelpful thoughts we have The Enemy, and he says it’s unavoidable:

The Enemy is a force creating inner conflict and stopping you from showing up as your heroic self. Since the beginning of time, humans have talked about this phenomenon. Carl Jung called this the Shadow. In Star Wars it was the Dark Side of the Force. To mythologist Joseph Campbell it was the dragons that needed slaying…

Life is a duality. It’s about opposites. Light and dark. Birth and death. Up and down. Inside and outside. Day and night. Yin and yang. The natural world is filled with duality, and you’re part of that natural order, too. What you’ve been fighting – the Enemy – is actually a natural part of how you’re built.

We can’t beat the unhelpful voice of impostor syndrome.

It’s bigger than all of us, and you can’t just kill the dark and leave the light. That’s not a thing.

But if you clarify what impostor syndrome is stopping you from doing? That is something you can fix.

And when you have a problem you can fix? You’ll probably fix it.

And then you’ll be completely amazing. 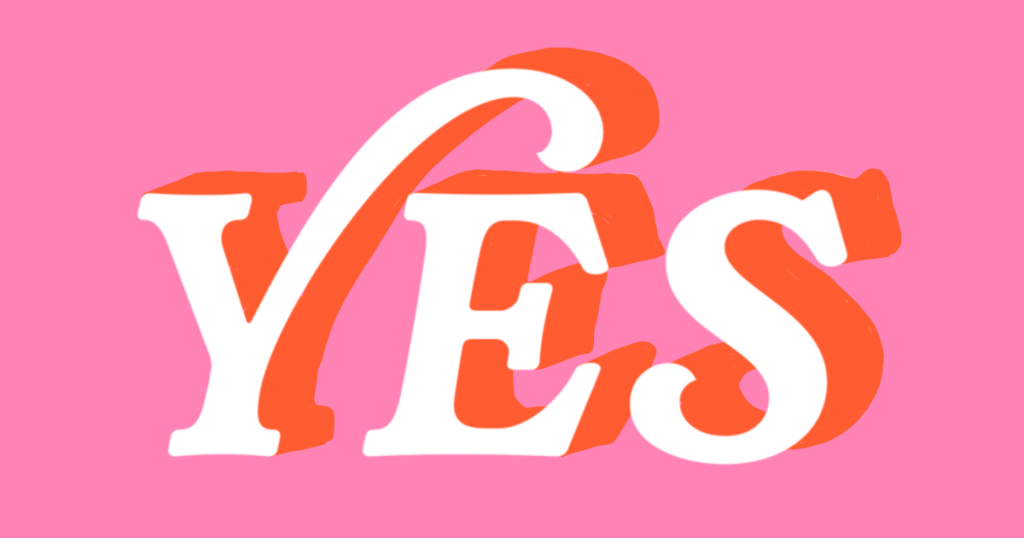 Everyone Thinks They Suck At Selling From Meh To Magnetic: Selling Words That Work Why Is Approaching Stores So Hard?