Do You Sell A Workhorse Or Character Product?

We talk A LOT about retailers here at Indie Retail Academy. Today we’re going to switch things around and talk about you.

Shops in the gifts and homeware industries often have dozens or even hundreds of different suppliers, providing them with thousands of products. We’re going to divide that huge number into two big groups, then work out which group your work belongs to.

These are the products that do most of the heavy lifting in a retail business: they sell and sell and sell. They’re at the core of what a shopkeeper has to offer, have a wide appeal and can be relied upon to sell consistently all year round.

Workhorse products are all about volume.

Because they’re produced in large quantities, their wholesale price is low which means retailers can make a decent profit on them. This makes them highly attractive to big box and department stores.

As a result, workhorse products are widely available. They’re not niche or hard to find.

And because of their broad appeal, shopkeepers know that their average customer will want to buy them. They’re not strange, new or unfamiliar. They may not be especially exciting, but they’re a safe bet. They’re crowd-pleasers.

In short, these are products that can be relied upon to put money in the till all year round.

These are often handmade by an artist or craftsperson working alone, or by a small company. They’re generally more expensive and labour-intensive to produce and may only be manufactured in small batches. Consequently their wholesale price is generally at the higher end of the spectrum.

Character products have a narrower appeal. They’re more individual, personal and have a more distinct of point of view than workhorse products, which means they appeal to a smaller, more specific range of customers.

Let’s go over that again with the help of some examples.

Imagine you’re in the supermarket and you’re shopping for tomato ketchup. Oh look, here’s the sauces and condiments aisle. Out of all the red bottles in front of you, two stand out.

The first is Heinz Tomato Ketchup.

This is the kind you usually get – in fact you probably buy at least five bottles of this stuff a year. It’s not the most exciting ketchup ever invented, but it’s reliable, familiar and it tastes pretty good.

At £1.30 it’s not the cheapest condiment on the shelf but it’s not the most expensive either. When it comes to taste and price, it’s in the middle of the road. Like millions of sauce lovers around the world, that’s pretty much fine and dandy as far as you’re concerned.

But wait, what’s this? Another bottle has caught your eye.

This one’s a bit different. It’s 100% organic and contains no GM ingredients or additives. It comes in a fancy bottle. It contains sweet apples and is made to an old family recipe. At £3.99 it’s also more than triple the price of the Heinz ketchup.

So here’s my question:

Why does the supermarket stock both products?

It’s because, in this context, the Heinz sauce is a workhorse product for the supermarket. It’s a mass-produced item which can be relied upon to appeal to the majority of their customers.

Most people shopping for sauce don’t want to think about it too much. They’ll see the Heinz label, recognise it and be perfectly happy to buy it. Because it’s made in vast quantities the wholesale price is low, which means the supermarket can make a decent profit on each bottle.

To put it another way, most people just want something which tastes vaguely of tomatoes to stick on their chips. Having this particular item on the shelves means the store satisfies that need.

The Daylesford sauce is a character product for the supermarket. It’s more unusual and rare. Most shoppers will automatically grab the Heinz on their way past but some are looking for more.

Maybe they want to impress fellow diners by having an expensive condiment on the table.

Maybe they’re opposed to the genetic modification of food.

Maybe they want a sauce that actually tastes like tomatoes.

Maybe they want to feel like they deserve the best.

For whatever reason, the Daylesford sauce appeals to this kind of customer and they’re happy to pay a higher price to take it home. Since it’s made in smaller batches and uses special ingredients, the wholesale price is likely to be higher than the Heinz.

That may mean the store makes a smaller margin on this sauce.

But that’s okay because they’re keeping this person’s custom. The picky shopper hasn’t gone off to look for special ketchup at a famers’ market or ordered it from a tiny company online. They’re still getting it from the supermarket.

So, as well as catering for the majority, the supermarket also has something to offer the more discerning customer. Stocking the fancy sauce is a way of saying “Hey, we don’t just offer the bog-standard, garden variety stuff – you can rely on us for the finer things in life too.”

Job done for a second time.

Now, it’s worth pointing out that these groupings are not absolute. Let’s imagine a tiny shop in a remote village high up in the Andes. Heinz ketchup is completely unknown here.

If that shopkeeper got bought a crate of Heinz tomato sauce and put it on the shelves among her more usual merchandise, its group would change from workhorse to character.

That’s because, in this context, the Heinz sauce is the more off-beat product.

Its scarcity would also make it more expensive – and it would only appeal to the limited number of her customers who are up for a new taste experience. So unless it really catches on, stocking tomato sauce probably won’t make the retailer rich overnight.

What it does is help give that tiny village shop some of its personality.

To the right kind of customer, it marks the store out as different – a little sexier, perhaps – than its competitors.

Now, as we saw a minute ago, there’s one big draw-back with workhorse items: they can be pretty dull.

The quality that makes workhorse products successful, which is their wide appeal, is also their downfall. Eventually some customers start to see them as safe, boring, mainstream, mass-market and yawn-inducing.

The Keep Calm And Carry On craze is a good example of this.

That design started out as a character product but it quickly became very widely available, not least because it was out of copyright. When Keep Calm products and their endless variations were suddenly everywhere, they went from being cool and unusual to commonplace.

Now many customers are bored by them and lots of retailers steer clear.

But that’s certainly not the fate of every workhorse product.

650 million bottles of Heinz tomato ketchup are currently sold every year, after all. But it shows the extremes of what can happen.

Shopkeepers can also find it hard to build a loyal following of customers if they only stock workhorse brands.

If Mrs Mapplethwaite can get the same scented candle from a department store, for less than I can afford to charge her in my indie store, she hasn’t got much reason to be faithful to me.

When every shop stocks the same stuff, price becomes the only point of difference. That’s not a fight that indie retailers can win.

Character products offer a solution because they do what they promise.

They help to give a shop its unique character and personality, especially when they’re mixed in with reliable workhorse products. Although they’re often more expensive and may not sell as frequently, they’re a crucial way for the retailer to differentiate themselves.

They’re a way for the shopkeeper to say to customers “My shop is for you. I stock special things that you won’t get anywhere else. Keep coming back because you’re always going to find stuff you like in here.”

Getting that balance right is the goal of every retailer. But don’t forget that it’s ALL got to sell. Indie shopkeepers can’t afford to have products on their shelves that no-one wants to buy, no matter how unique.

So what kind of product do YOU sell?

With some exceptions, makers usually fall into the character group.

If you’re able to easily produce your lovely thing in large quantities, if you make digitally printed cards, for example, you may be edging into workhorse territory. Otherwise you’re almost certainly a character supplier.

When you know which kind of product you’ve got, you can look at the ranges a retailer currently stocks and see where you fit in.

If you’re a character supplier and you can see a particular shop stocks mainly workhorse brands, for example, you may not be a good match. Understanding the groups helps you glean useful information about the kind of niche a shop serves.

If you research a store and discover that your customer and their customer seem to have a lot in common, you could be onto a winner.

When you’re deciding whether to pitch to a particular shopkeeper, look at their range and divide it up into character and workhorse groups as best you can.

Next, take a closer look at what links the character products. How are they similar? What do they have in common?

At Merry + Bright, for example, we look for bright, colourful character products with a happy, relaxed style. We stock jewellery, cards, prints and soaps which all fit into this general theme.

The character products in another store might share muted, soothing colours and a nostalgic feel. Or they might be dark and edgy with a dry sense of humour.

See what connections you can find. 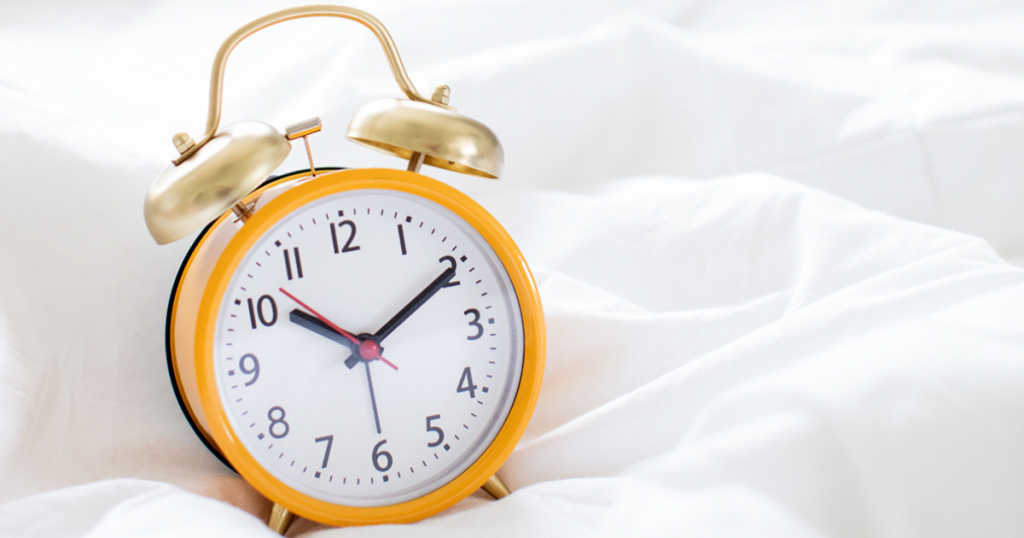 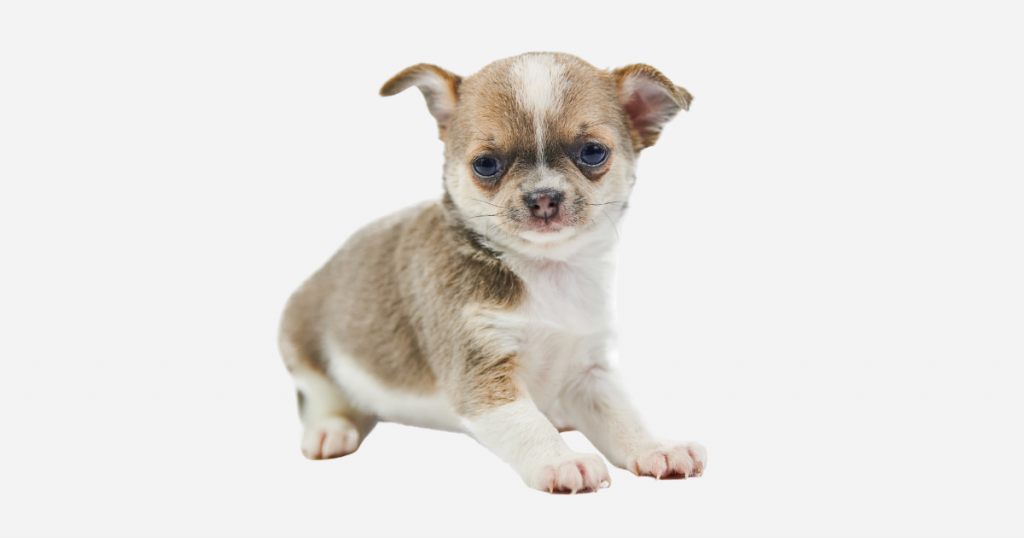